Young people have traditionally been the loudest voice against the abuse of the resources of our earth. Many are terrified of what the future holds as the spector of the climate crisis continues to threatens life as we know it. The reality of this weighs heavy on the coming generations.

The youth of the world have organized the Global Climate Strike from September 20th – 27th. On the 20th, millions of people of all ages will walk out of their classes, jobs, and homes around the world as part of a non-violent action to draw focus on protecting the resources of the earth for future generations. KRI is joining in support of the Global Climate Strike and will participate in events in New Mexico and other cities where our people live and work.
To support the efforts of our youth, we are joining them in a 40-day meditation for the wellbeing of our planet starting August 26th. A free download of the mantra by Sat Purkh Kaur can be found here. It is called the “Gaia Shabad”, and it is a beautiful prayer by the great Guru Amar Das ji. 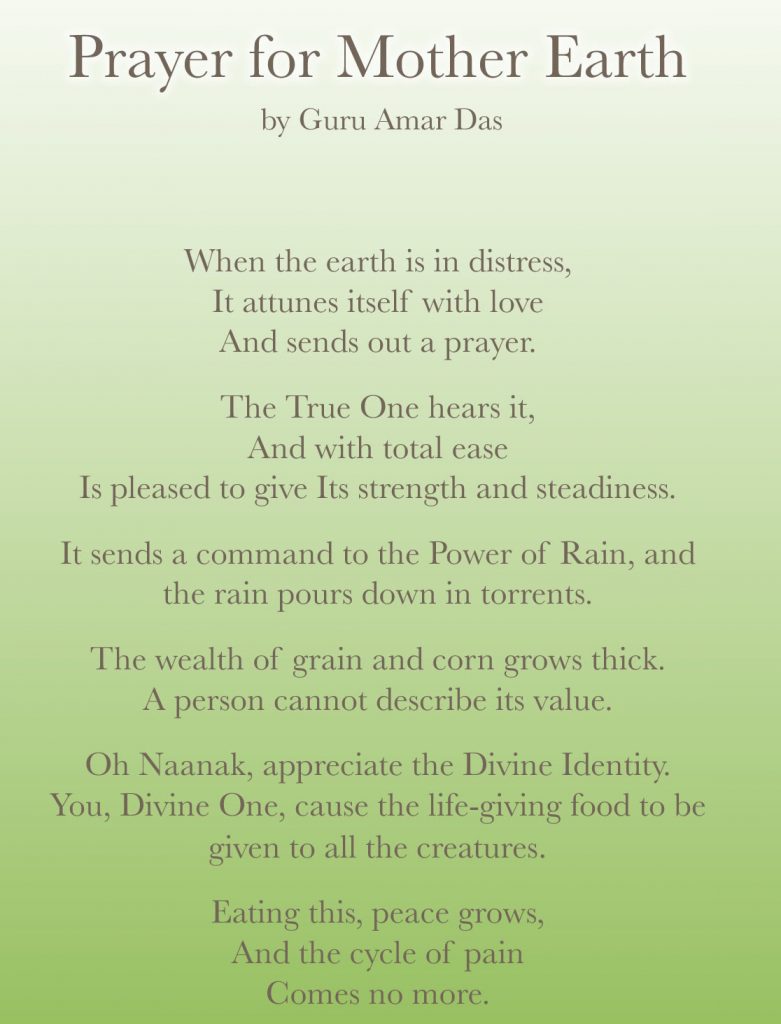 Yogi Bhajan was a committed supporter of protecting the environment. He said in 1991, “I hope and pray that you will be conscious and protect the Earth, the Mother Earth, and that you will teach your children certain do’s and don’ts to save tomorrow.”
Our house is on fire – let’s act like it.
Donate
The KRI website sometimes uses cookies to ensure you get the best experience on our website. By continuing to use the site, you agree to receive cookies on our website. Accept Reject
To opt-out or learn more about the types of data we collect, please view our Privacy Policy
Privacy & Cookies Policy
Necessary Always Enabled