Research on Yoga for Pregnancy Pregnancy may be accompanied by several uncomfortable symptoms, which vary from woman to woman. Some common discomforts include backache, sciatica, and hip aches which could be caused by weight-gain, changes in center of gravity, and a loosening of the pelvic joints. Another common challenge is the development of varicose veins due to the increased pressure on the legs, the pelvic veins, and the increased blood volume. In addition, due to the increased pressure on the rectum and perineum and the increased likelihood of becoming constipated in later stages of pregnancy, it is common for women to develop hemorrhoids. Heartburn is another common pathology caused by pressure on the intestines and stomach. Finally, other prevalent challenges in pregnancy include nausea and vomiting, edema, incontinence, and headaches. Apart from physical discomfort, women may also experience psychological changes, with between 14-23% of women struggling with depression during pregnancy. While quality of life scores during pregnancy tend to be very good, some risky areas include partner life satisfaction, the limitations of physical changes, and fears surrounding labor.

Pregnant women are increasingly turning to yoga as a complementary and integrative modality to manage the physiological and psychological challenges of pregnancy. Yoga helps to tone the deep muscles of the spine along with the abdominal muscles that support the spine (these muscles are known as the “core”), which facilitates the recruitment of these deep muscle fibers for stabilization. As a result, yoga may be effective in alleviating leg cramps, backache, and strengthening the pelvic floor. In addition, yoga exercises may help with venous blood return thereby mitigating varicose veins and improve fluid circulation to prevent edema. It appears that yoga may also improve placental perfusion and alleviate endothelial dysfunction thereby reducing the risk of pregnancy-related disorders such as intrauterine growth restriction (IUGR), pregnancy-induced hypertension (PIH), and preeclampsia. Yoga also encourages relaxation, internal focus, and slowed breathing patterns, which are useful to manage fears, anxiety, and depression as well as prepare the practitioner for childbirth. Yoga classes may also provide a supportive environment where women can share their experiences, which may relieve feelings of loneliness and improve quality of life.

Several qualitative reports support the benefits of prenatal yoga, such as a 2017 study from the Department of Obstetrics, Gynecology and Women’s Health at Saint Louis University, MO. Over six months, fifty-two (52) women were randomized into either a yoga group engaged in a one-hour yoga class or a control group that received a presentation on exercise, nutrition, and obesity in pregnancy. The study highlighted a shift in attitude whereby women who participated in yoga reported a more positive attitude towards exercise and yoga. For example, yoga participants felt that yoga was a low intensity exercise that would not hurt their baby and gained self-efficacy by agreeing that they could impact their weight gain in pregnancy with regular exercise. A more recent 2019 study also found that prenatal yoga increases self-efficacy for labor by building confidence and competence by positive story-telling, affirmative language, pain management strategies, and a lower somatic response to stress. The stress management benefits were found to be of particular benefit to pregnant, urban, African-American adolescents who have high rates of stress and depression during pregnancy as well as higher rates of adverse pregnancy outcomes. Indeed, a 2015 community-based qualitative study found that focus groups of low-income pregnant African-American teenagers were interested in yoga classes for stress/depression management and relationship building. Health care providers should focus on these needs when designing future intervention strategies.

There is currently a growing body of evidence supporting the use of yoga interventions in pregnancy. A 2015 review of the literature examined 15 articles from the USA, India, Taiwan, Korea and Thailand published from 2008 to December 2013. The researchers concluded that 10 of those studies showed positive changes in maternal psychological or birth outcomes. Another review of Randomized Control Trials (RCTs) from 2004 to 2014 concluded that yoga interventions presented with lower incidences of prenatal disorders, lower levels of pain and stress, and higher scores in relationship. In addition, the researchers found that yoga was more effective than walking or standard prenatal exercises. Furthermore in 2017 after a systematic review of interventions targeting pregnancy-related low back and pelvic pain (PR-LBPP), the authors concluded that yoga may provide pain relief for PR-LBPP as well as some meaningful functional improvements.

Indeed, yoga may contribute to a reduction of pregnancy discomfort and so researchers in Taiwan set out to measure the impact of yoga on women in the third trimester of pregnancy. The experimental subjects took part in a 12-14-week prenatal yoga program of 3 sessions per week and reported significantly fewer pregnancy discomforts than a control group. A 2014 study from Brazil also found yoga to be effective at reducing pain in pregnant women, specifically lumbopelvic pain, which is a major problem for the majority of pregnant women. In this study, pregnant women were randomized to either a yoga group or a postural orientation group based on an instructional pamphlet for a 10-week intervention. The yoga sessions consisted of traditional Hatha yoga poses as well as focused breathing patterns, introspection, meditation, and relaxation. Pain intensity was assessed at the beginning and end of each session and researchers found that the median pain score was lower in the yoga group. The experimental group also had a decreased response to lumbar and posterior pelvic pain provocation tests.

In addition to the physical benefits highlighted above, yoga may also be an effective strategy to address the stress experienced during pregnancy. The natural bio-physio-psycho-social changes of pregnancy may cause increases in stress and researchers from the Swami Vivekananda Yoga Research Foundation in India aimed to ascertain whether an integrated yoga practice could decrease the stress response in healthy pregnant women. The researchers found that, not only did perceived stress decrease by 31.57% in the yoga group, it actually increased by 6.60% in the control group. In addition, the guided relaxation period in the yoga group correlated with increased parasympathetic activity and decreased sympathetic activity as measured by frequency bands on the heart rate variability spectrum. In a landmark study, researchers examined the effect of prenatal yoga on the stress and immunity salivary biomarkers from 16 to 36 weeks of gestation. Ninety-four healthy pregnant women were randomized to either the yoga intervention or a routine prenatal care. The intervention consisted of two weekly 70-min yoga sessions. Salivary cortisol (stress marker) and immunoglobulin A (immunity marker) levels were collected before and after yoga every 4 weeks. The results revealed that the intervention group had lower salivary cortisol and higher immunoglobulin levels, and infants born to women in the intervention group weighed more than those born to the control group. These findings indicate that prenatal yoga can significantly reduce pregnant women’s stress and enhance their immune function thereby suggesting it is a viable therapy for this population.

Another common psychological challenge of pregnancy is depression with up to 20% of pregnant women in the US experiencing depressive symptoms. The numbers are similar in Korea where researchers set out to determine the effectiveness of yoga in the management of prenatal depression. Their review of the literature included six RCTs, and the authors determined that integrated yoga interventions, including relaxation, visualization, breathing patterns or meditation, were associated with a significant decrease in depression levels. However, purely physical-exercise-based interventions did not achieve statistical significance in their improvement of depression scores. A more recent metanalysis from 2019 by the National University Hospital in Singapore included six (6) studies with a total of 405 pregnant women. Researchers found a statistically significant improvement in mood associated with yoga interventions. Despite the promise of yoga as a complement or alternative to pharmacological options, the authors note that the evidence is preliminary and participants only had mild depression. Nonetheless, these improvements are significant since a prompt and effective treatment of maternal depression during pregnancy is important, as depression is an independent predictor of negative maternal and fetal outcomes.

Despite the limitations of small sample sizes, lack of consistent randomization, different outcome measures and varying intervention lengths, the current body of evidence highlights that yoga is a promising modality to address a variety of physical and psychological health challenges in pregnancy. Although yoga is generally considered safe in pregnancy, pregnant women are advised to avoid hot yoga due to the increased risk of neural tube defects and other malformations among fetuses exposed to excessive heat as well as the risk of overstretching due to muscle and ligament laxity in pregnancy. Finally, researchers in Taiwan are experimenting with social media to deliver mindful yoga programs for pregnant women and finding that this new approach, using technology, may be a feasible way to reach women in the comfort of their own homes. 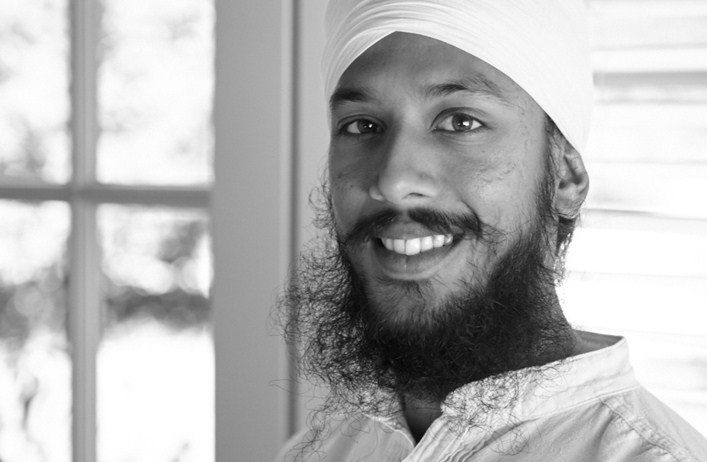