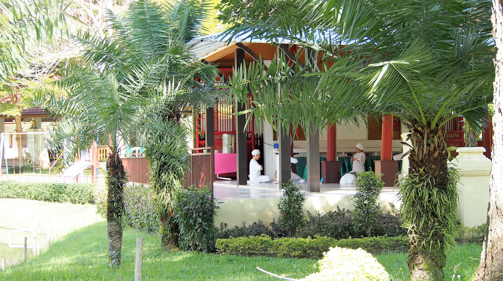 The community of Teacher Trainers around the world is a crown filled with gems of devotion and sparkle.  One of these gems is Nguyen Tien Nghia, known to us as Tien, who lives in Bangkok Thailand and serves throughout Asia.

I first met Tien in Bangkok at the Kundalini Yoga Festival in 2010.  She is the most energetic person I have ever met! At this event she was serving the teachers and students at least 20 hours a day.  I remember asking myself who is this woman? And I came to know that she is one of Sunder Singh’s first students in Asia – an inspiration and teacher to all who study Kundalini Yoga in Southeast Asia.  Tien speaks seven languages and understands a total of 14. She has a personal mission to bringing the teachings of Kundalini Yoga as taught by Yogi Bhajan® to the people of Thailand and Viet Nam as well.

I have had the honor to serve with her for many years on KRI Level One Teacher Training Teams in China.  Tien came to Espanola in the summer of 2014 to participate in the KRI Immersion course as a TNT – Trainer in Training. when she landed at the airport she ran into

Shanti Shanti Kaur who innocently asked her, “Why haven’t you applied to be a Lead Trainer yet?”

Tien thought about this and began the process to become a Lead Trainer to be able to fulfill her mission to share the teachings to those in Asia who have not had access to this technology, especially in the smaller towns and villages.   She is translating the Aquarian Teacher® Manual into Thai as well.  This is her story in her words.

“In the summer of 2015, thanks to the generous support of many teachers at KRI, I finally made my way to the land of Yogi Bhajan after 14 years of studying and practicing his teachings. My mentor, Sunder Singh Khalsa blessed me in his recommendation for my Lead Trainer process.  He said, ‘Tien is a product of slow-cooking.’  Hari Charn Kaur had invited me to come and participate in the Immersion, so off I went.

“At Hacienda de Guru Ram Das in Espanola, on this sacred land and in the classroom where Yogi Bhajan taught ‘The Master’s Touch,’  I experienced and learned the way Yogi Bhajan  taught to ‘Serve, Love, Obey, Excel.’ During this time in Espanola, working with TNTs from around the world, I built relationships with trainers from Canada, Egypt, China, Europe, and the US.

“While in Espanola I had my initial Lead Trainer interview with a panel of experienced Lead Trainers who assigned me the meditation of chanting the Shabd, Dhan Dhan Ram Das Gur daily.  Returning to  Bangkok, Thailand, on September 1st, 2015, I began to chant this beautiful Shabd 11 minutes a day as a minimum. For the correct pronunciation of this difficult Shabd, my mantra teacher, Dev Suroop Kaur, recommended recording Love and Other Miracles by Sat Purkh Kaur, whose clear voice and timber made it easy to copy for the uninitiated ears like mine.

“The Shabd flowed beautifully into my daily life and teaching. Sat Purkh’s music resonated deliciously in my little yoga space in my home, next to my kitchen. Everything I cooked turned out yummy, didn’t matter what I used in the dishes. Outside the home, things turned out all well also- almost effortlessly. 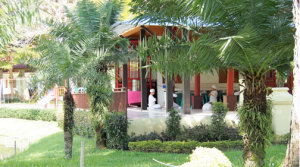 e first Kundalini Yoga- Thailand  Community  Retreat  in  Chiangmai,  October  20-24, 2016 was also part o
f the vibration effects of the daily chanting of Dhan Dhan Ram Das Gur. There were children who came with their parents to the retreat, and while the adults were in class the children were taken care of separately. Here in Chaingmai, for the first time, families were doing yoga together, playing on the mats, on the lawn, and in art workshop together. The little boy in my Love and Other Miracles class was totally at easy and followed the class translated by his mom. He truly enjoyed his space and time with the rest of the group.

“The chanting of Dhan Dhan Ram Das Gur continues to keep me in perspective, and in gratitude, for all there is.”