Meditation is a cognitive activity that requires us to focus our attention and awareness. Chronic distraction, via technology and information, is so widespread in the Aquarian Age that Yogi Bhajan called the phenomenon “info-dementia”. One of the antidotes is the regular practice of meditation, which gives us the cognitive tools to control our attention. This leads to improved mind-body awareness, which is in turn associated with numerous benefits including improved emotional regulation, stress-coping, and resilience. When we engage in the act of meditation, we activate the attention networks of the brain in the prefrontal cortex that inhibit the limbic system responsible for emotion, which is one of the ways that we self-regulate. Meditation, like any other behavioral activity, improves through repetition and practice as our brains become more skillful at performing the task. We now have the technology to observe and objectively measure how the brain activity of meditators changes over time. Neuroscientists use modern tools such as functional magnetic resonance imaging (fMRI) and single-photon emission computed tomography (SPECT) to record changes in cerebral blood flow (CBF), which is an indirect marker of brain activity.

With the advent of this new technology, research studies are showing that there are brain function changes in long-term meditation practitioners. SPECT and fMRI meditation studies have highlighted brain regions showing changes related to mind-body awareness, attention control and emotional regulation. While specific changes in CBF and brain activation have been recorded in meditators during actual practice, other neuroimaging studies have evaluated the long-term effects of meditation.

Such long-term changes were measured in an early 2007 study from the University of Wisconsin on Tibetan Buddhist meditators with varying levels of experience. The evidence suggested that a sustained meditation practice can have lasting changes in brain activity. Researchers observed a subtle and interesting difference in the caudate region, which is located deep within the brain near the thalamus and plays a key role in sustained awareness. During the first few minutes of the meditation session, novice and experienced meditators alike had increased caudate activation. However, as the meditation session progressed, caudate activity decreased in expert meditators. On the other hand, novice meditators did not display the same activity decrease in the caudate region. Increased caudate activity is common in novice meditators during mindful breath or mantra awareness. It appears that as meditators get more advanced, the caudate region only gets activated in the beginning of the practice. This suggests that experienced practitioners may begin by focusing their mind but subsequently access a less focused and more transcendental state as they transition into a deeper state of meditation. However, caution is indicated in generalizing this finding to all meditation practices, since this difference may be a unique characteristic amongst Tibetan Buddhist meditators.

In later research in 2010 comparing brain function in meditators and non-meditators, Andrew Newberg M.D., director of research at the Jefferson-Myrna Brind Center of Integrative Medicine, and colleagues evaluated the cerebral blood flow (CBF) of long-term and non-meditators using SPECT imaging. The twelve long-term meditators who participated had more than fifteen years of practice and meditated for 30-60 minutes daily. In experiments where participants meditated in the scanner itself, researchers found that experienced meditators had significantly higher CBF levels in the prefrontal cortex, parietal cortex and caudate. The frontal lobe in particular is associated with the ability to self-regulate and underlies attention and sustained concentration. These differences in brain function are congruent with the well-documented phenomenon that long-term meditators can better self-regulate, focus and sustain their awareness. 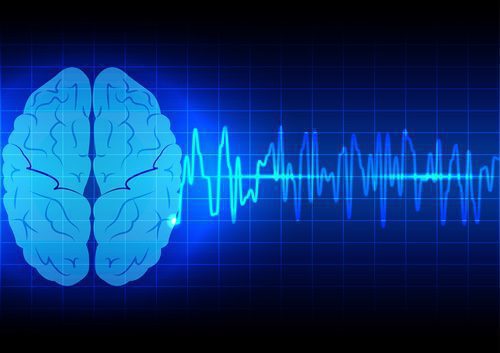 Another finding from the same study revealed that long-term meditators had higher CBF in the parietal lobe regions even while they were in a resting or non-meditative state. The higher ongoing normal brain activity in long-term meditators is in contrast to previous evidence of a decrease in parietal lobe activity during meditation. Researchers explain this discrepancy by speculating that long-term practitioners start out with a higher activity level and thereby experience a larger decrease in parietal lobe activity during meditation. The parietal lobe is associated with personal space and has been implicated with out-of-body experiences. This is consistent with advanced meditators reporting feelings of transcendence and non-localized awareness, where their experience seems untethered to the physical body. Furthermore, long-term meditators had significantly higher CBF levels in the midbrain, which is related to the autonomic nervous system. This alteration of mid-brain function is indicative of profound effects on the autonomic nervous system, which regulates much of the body’s involuntary vital processes like the control of respiration and cardiovascular function. Significant research shows that long-term meditators have the ability to control autonomic functions previously believed to be beyond conscious control, which is a hallmark of self-regulation.

Another interesting question in this field pertains to the time required for the changes in brain function to take place. It appears that changes in brain function can begin to occur in as little as 8 weeks of regular meditation. A later study by Newberg along with Dharma Singh Khalsa, M.D., the president and medical director of the Alzheimer’s Research and Prevention Foundation, and his colleagues looked at the cerebral blood flow (CBF) levels in the frontal lobe regions of 15 subjects with memory impairment. Within only 8-weeks of practicing Kirtan Kriya (KK), a well-known meditation practice within Kundalini Yoga as taught by Yogi Bhajan, these inexperienced meditators had significantly higher CBF levels in their frontal lobe and right superior parietal lobe than control subjects. This was associated with improvements in several memory tests as well as significant improvement in fatigue and anxiety measures. The fact that Kirtan Kriya was able change brain neurophysiology within only 8 weeks, shows that meditation can quickly change brain function.

The observation that brain activity of long-term meditators is different from non-meditators has important implications for understanding the relationship between the brain and meditation. However, this field is still in its infancy and the current studies are limited by small sample sizes, which reduces the statistical strength of the findings and hinders our ability to make generalizations across meditation styles. Another challenge, as with any research on behavioral activity, is to determine whether the subject is actually meditating and succeeding or not meditating when asked to do so. Another confound is that expert meditators consider meditation to permeate their everyday states of awareness thereby blurring the lines between strictly meditative and non-meditative states. Finally, the noisy environment created by these scanners during the experiments is also a challenge for the act of meditation. However, despite these experimental weaknesses and limitations, there is now a growing body of research showing that we can indeed image and objectively measure the changes in brain activity that occur over time in meditators. The brain function changes in long-term meditators is reflected in the improvements in behavior and mental-emotional states.

Nikhil Rayburn grew up practicing yoga under mango trees in the tropics. He is a certified Kundalini Yoga teacher and has taught yoga to children and adults in Vermont, New Mexico, Connecticut, India, France, and Mauritius. He is a regular contributor to the Kundalini Research Institute newsletter and explores current yoga research.
www.nikhilyoga.com
Sat Bir Singh Khalsa, Ph.D. is the KRI Director of Research, Research Director for the Kripalu Center for Yoga & Health, and Assistant Professor of Medicine at Harvard Medical School. He has practiced a Kundalini Yoga lifestyle since 1973 and is a KRI certified Kundalini Yoga instructor. He has conducted research on yoga for insomnia, stress, anxiety disorders, and yoga in public schools, he is editor in chief of the International Journal of Yoga Therapy and The Principles and Practice of Yoga in Health Care and author of the Harvard Medical School ebook Your Brain on Yoga.